Quality matters: what should be improved on the EU-Ukraine land border 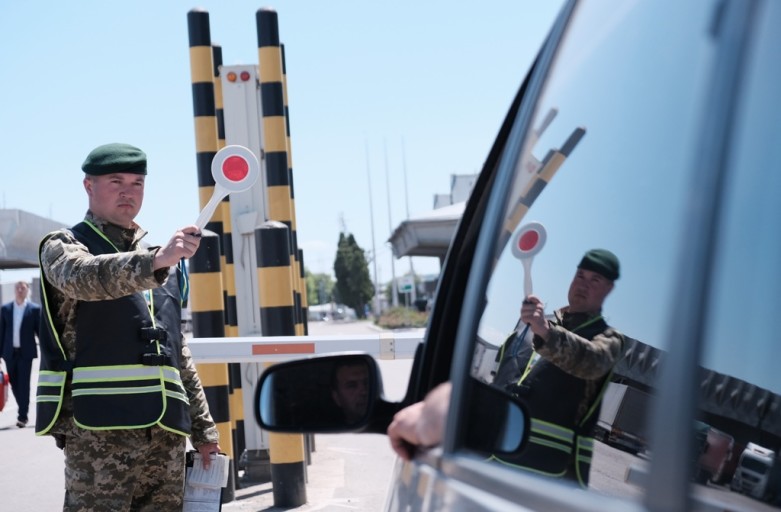 Brief blog by Kateryna Kulchytska on main issues on EU-Ukraine land border revealed by Anatomy of the Border monitoring. First published on Blogactive on November 5, 2018.

Since the beginning of the visa liberalization dialogue, Ukraine and its over 1300 km land border with the EU have been under the gaze of the European border guard agencies and the European Commission. Now, when visa-free travel came into force, European authorities focused on the security measures of the border between Ukraine and the EU member states. But for customers of the border, it is important to adhere to balance between security and human rights. Authorities should consider not only security measures but also the quality of border crossing procedure experienced by millions of Ukrainians and foreign travellers. To fill this gap, Ukrainian think tank “Europe without barriers” with the support of International Renaissance Foundation assessed the border crossing procedure at the state border of Ukraine with member states of the European Union, Belarus and Russian Federation from the customers’ point of view. For the field research twenty international automobile and pedestrian crossing points were selected. A total of 2,243 interviews were conducted with both Ukrainian and foreign travellers in April-May 2018. Although the most controversial issues were related to the infrastructure of the Ukrainian parts of the border crossing points, such as old buildings, broken roads, and absence of toilets, still there were three other messages that should be addressed to the border services of Poland, Slovakia, Romania and Hungary.

First of all, the dialogue on the joint border control should be continued. Joint border control is the one carried out by representatives of border agencies of two countries at the common checkpoint in accordance with the international principles of “one window” and “one stop”. Ukraine has signed and currently implements joint control agreements with Poland and Moldova, negotiations on concluding respective agreements with Slovakia and Hungary are ongoing. According to the results of the study, a joint control procedure substantially accelerated the whole border crossing procedure. For instance, the average length of entry to Poland by car ranged from two hours in MABC “Smilnytsia” and “Grushiv”, where border and customs clearance is carried out jointly by Ukrainian and Polish guards, to five hours at the checkpoint “Krakivets”, where the control is carried out separately. Ukrainian experts stressed on the necessity to continue the negotiation process in order to conclude international agreements about joint control agreements between Ukraine and Slovakia, as well as between Ukraine and Hungary and Ukraine and Romania. Also, it is important to continue dialogue on the opening of new border checkpoints designed for performing joint border control, as the possibility of joint control depends on the buildings’ structure.

The second issue that should be addressed to the Polish, Slovak, Hungarian and Romanian border agencies is the need to review the speed of passenger service at some checkpoints. Despite the fact that most of the border checkpoints are not designed for the current flow of travellers, the Ukrainian border agencies conduct border crossing procedure rather faster than their counterparts from the EU, which is confirmed by both Ukrainian and foreign respondents. In particular, foreigners entered Ukraine on average of 1-3 hours faster than Ukrainians entered the EU. Of course, here we can highlight objective reasons: the border agencies of the EU member states can ask Ukrainian citizens about the purpose of travel and the availability of means to stay in the EU, as well as they can inspect baggage and vehicles which can that take extra time. But at the same time, evidence on the unreasonably slow service provision by Polish and Slovak border agencies was rather widespread. The situation on the Polish border became even more threatening when in September 2018 Polish border guards were preparing an “Italian strike” (aka work-to-rule) – a sharp reduction in the pace of work by employees due to strict adherence to service instructions or even a complete cessation of work while maintaining their presence in the workplace.

The third issue is the corruption on the border. About 11% of Ukrainian respondents and 15% of foreign respondents knew about cases of corruption involving border and customs authorities of the neighbouring EU states. However, travellers mentioned the load cases of detention of corrupt officials in neighbouring EU countries and noted the risk of offering bribes to Polish officials, which could lead to detention and punishment. Corruption cases often occurred during the interaction with customs officials. The most widespread was paying bribes for the transportation of smuggled goods (cigarettes and alcohol) and insufficient inspection of vehicles. Sometimes the respondents also described paying bribes for speeding up passport control procedures or moving ahead in line. These results reinforce the need to create tools for reporting on corruption actions of border services. Situation on the Ukrainian part was more complicated but not much differs from the EU performance – 20% of Ukrainian respondents and 23% of foreigners knew about cases of corruption that involved Ukrainian authorities. These figures once again confirm that Ukrainian authorities together with the EU partners should combine efforts to counter corruption at Ukrainian land border.

Thus the assessment of the border crossing procedure on the EU land border revealed the hidden problems Ukrainian and EU travellers are facing. Some of the issues that largely depend on the actions of Ukrainian authorities may be solved via the new interagency Working group led by Vice Prime Minister of Ukraine for European and Euro-Atlantic Integration. But the responsibility for solving problems that arise at the border lies not on Ukrainian side only. We call upon Polish, Slovak, Hungarian and Romanian border guarding authorities to continue and even to push up the dialogue on the joint border control, as well as to review the speed of passenger service and strengthen joint efforts to counter corruption. Implementation of these three recommendations would improve the quality of the border crossing procedure that affects both Ukrainian and the EU citizens as well as contribute to EU’s security.

Media Portrayal of Political Evaluation towards Visa-free Regime with Ukraine, Georgia and Moldova

The main complaints of Ukrainians at the border: queues, roads, slow systems

Presentation of the research results –  “Anatomy of the border” (PDF)