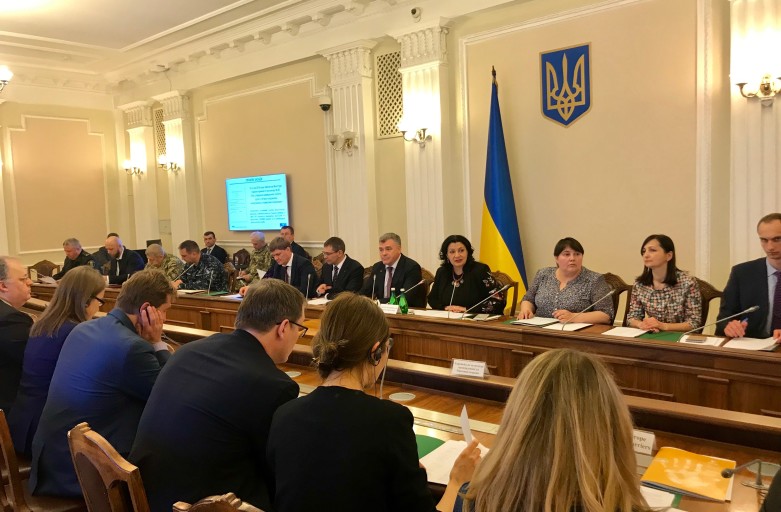 Iryna Sushko, executive director of Europe Without Barriers NGO, is included to the Inter-Agency Working Group on the Integrated Border Management during its first meeting.

The participants have supported this decision, the Government Portal informs.

The Inter-Agency Working Group is expected to draft integrated border management strategy by the end of June and submit it to the government for its consideration, Ivanna Klympush-Tsintsadze, the head of the Group and the Vice Prime Minister of Ukraine for European and Euro-Atlantic Integration, said. For this purpose, ten ministries and central executive authorities dealing with border management should submit their proposals on the future document draft.

At its first meeting, the working group has also approved a framework for action in the realm of integrated border management. In addition, it has approved the structure of the future National Strategy and Action Plan for its implementation.

The Cabinet of Ministers of Ukraine adopted resolution no. 83 called “On the establishment of the Inter-Agency Working Group on the Integrated Border Management” on January 30.

EU representatives (Twinning project) and Europe Without Barriers NGO had recommended to establish this group in their analytical materials.

Quality matters: what should be improved on the EU-Ukraine land border