Visa liberalization for Ukraine. Which is more difficult: to get it or to keep it? 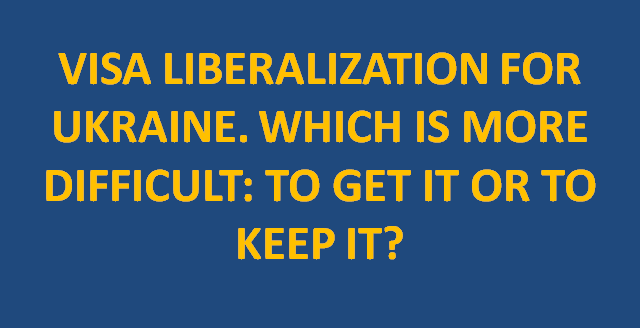 Ukraine is at the finishing stage of the dialog on visa-free regime with the EU countries. The final positive decision is expected to happen in the first half of 2017. However, that way did not pass the pitfalls by. Granting a visa-free regime to Ukraine and Georgia has been tied up by the European institutions to the adoption of a new mechanism of the visa-free regime revocation, which comes into force in case of a significant and sudden increase in number of citizens who are refused in entry, citizens illegally residing or overstaying on the territory of the EU member states, asylum seekers from the country being granted a visafree regime, cooperation reduction in the sphere of readmission amd so on.

What does it mean for Ukraine? Are the risks of such increase high or low? You can find the answer in the brief analytical report analyzing risks for Ukrainian visa-free regime with the EU after its entering into force, espeсially regarding the revised suspension mechanism.