The potential of visa liberalisation as a tool to promote reforms is exhausted, – Iryna Sushko 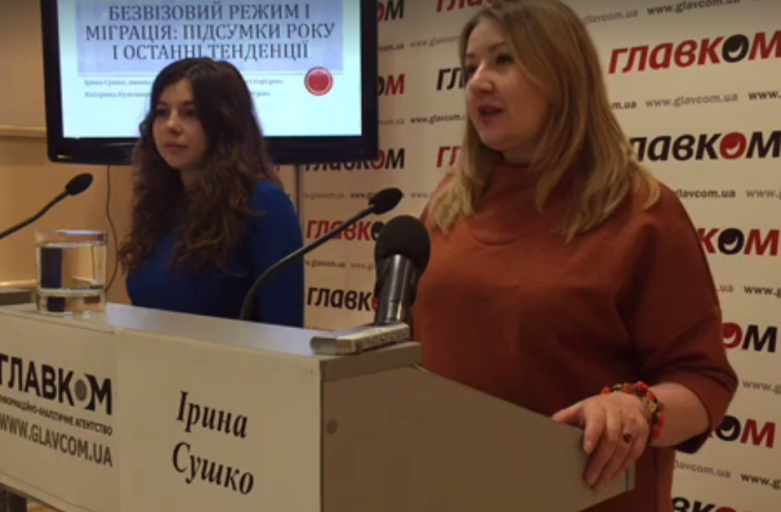 Due to “carrot” of visa-free regime Ukraine has implemented many unique and very significant reforms, but currently the changes-promoting potential of this tool is exhausted. It was claimed by the executive director of NGO “Europe without Barriers” Iryna Sushko on a briefing “Visa waiver and migration: year summary and last trends,” that was held on 27th of December in the Glavcom news agency in Kyiv.

“Visa-free regime has been very effective “pusher” of changes due to which we have got the electronic declarations, some new anti-corruption institutions, and new identifying documents, but its potential as a tool to promote reforms is already exhausted. This is not a project anymore, it is a success story, which will be completed when EU meets its obligations regarding visa-free regime”, – she said.

According to Iryna Sushko, consistent implementation of the Association Agreement with the EU at all levels may become a “new step” in promoting reforms.

“It is time to focus on other projects. Association Agreement with the EU, and its consistent implementation at all levels could become a new step in advocating important reforms in different areas”, – she said.

Sushko also added that Ukrainian experts should monitor postliberalisation monitoring, which is planned to be conducted by the EU.

“Besides, do not forget about the necessity to prevent a rollback of the reforms that have already been achieved under the Action Plan on visa liberalization. This may happen in the framework of postliberalisation monitoring conducted by the Commission, but Ukrainian expert community should also monitor the evaluation of the situation in Ukraine by the EU to avoid possible distortion and manipulation of data”- expert explained.

The Migration Security Map of Ukraine (2016)