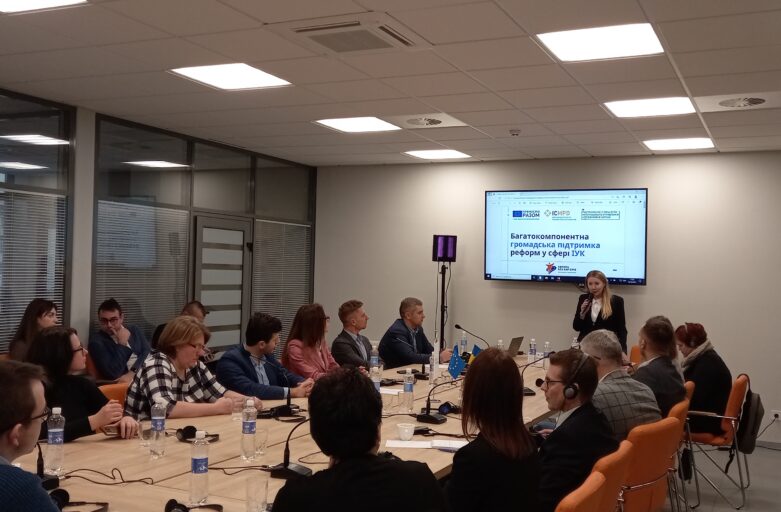 On Friday, December 10, the project “Multicomponent Civic Support for IBM-related Reforms”, aimed at analytical support, facilitating communication between participants of border management processes and at assistance in their communication with the public has been presented in Kyiv .

The main ambitions of the project are to raise public awareness regarding integrated border management, as well as to raise public interest in the border. Also the project aims at involvement to discussion and solution of border issues as wide range of actors as possible, including central and regional authorities, parliament, local self-governance, expert community, civic sector, business and media. 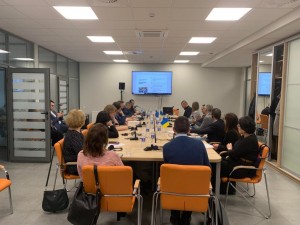 There are three main components in the project to be used to reach these objectives – research, informational campaigning, creation and support of communication platforms.

In the framework of the first component public opinion surveys will be conducted, as well as qualitative research among the main border management actors.

The informational component will include creation of textual, visual and video materials, aimed at explaining peculiarities of Integrated Border Management concept and problems faced by agencies at the border. Also the project foresees a competition for journalists.

In the framework of the third component – creation of communication platforms – a series of online and offline discussions of the most significant problems of the border will be held. 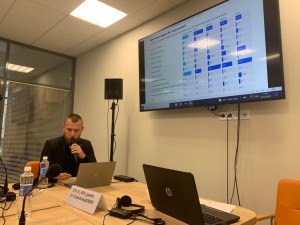 During the event the results of the first public opinion survey, held in the frame work of the project, were presented. It was conducted in cooperation with the Ilko Kucheriv Democratic Initiatives Foundation in November 2021. According to the survey results, approximately 16% of Ukrainians have heard about the Strategy of Integrated Border Management, which is being implemented by Ukraine. Also one third of Ukrainians has crossed the border at least once during last 4 years (including the separation line with occupied territories of Donbas and Crimea).

During the open discussion, the participants discussed the concerns of border management actors, including the need to address issues faced by border services, the need to improve communication between different agencies and the border development projects, such as e-queue, or the possibility of per-registration for simplified passing the border control.

The EU-funded EU Support to Strengthening Integrated Border Management in Ukraine (EU4IBM) project, implemented by the International Center for Migration Policy Development (ICMPD), aims to support reforms that bring Ukraine’s border management system in line with European Union standards and best practices within the Strategy of Integrated Border Management of Ukraine, approved by the Cabinet of Ministers of Ukraine on July 24, 2019. The project lasts from December 2019 to June 2022.