Passports, Border and Privacy: Why Blockchain is about to Disrupt the Way We Travel 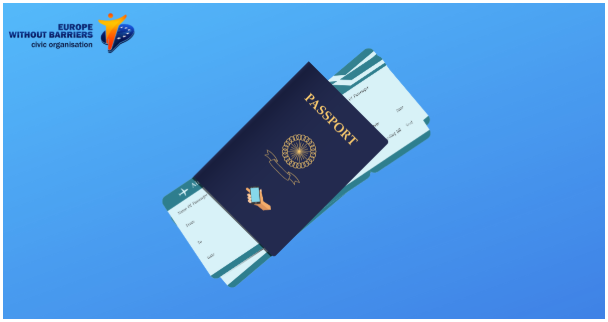 With blockchain’s foray into the travel industry, passports might soon become obsolete

Blockchain, once considered the new kid on the block, seems to have become an established resident.

Since its introduction in 2009, the technology has matured greatly, grabbing the attention all around the globe. In 2019 alone, Nestlé, the food behemoth company, introduced a blockchain-based feature that allows French customers to track the origin of its highly popular Mousline puree, while the Ministry of Health and Prevention of the United Arab Emirates launched a blockchain-based medical data storage initiative.

The travelling realm, particularly, the way we share data with third parties and cross the border, has seemingly caught the blockchain bug. Recently, Thailand, a highly popular tourist destination, has announced that it is preparing to apply blockchain to its Electronic Visa On Arrival and thus make the system more secure and faster.

Originally the underlying technology of the most well-known cryptocurrency Bitcoin, blockchain (also known as Distributed Ledger Technology or DLT) is self-sufficient in nature and has a number of distinctive advantages that explain why it is in vogue.

These upsides foremost pertain to the way it allows to store data. Thus, any information that ends up on it is subsequently packed into blocks, which, in turn, form an immutable chain with unique ‘fingerprints’ (hash). This means that none of the actors are able to tamper with information on it.

Besides, since this chain is transparent to all the participants of the system, it is often claimed that this technology fosters the quality of trust. More so, since it does not have a single point of failure and requires multiple computers to ‘approve of’ the information. In other words, it is not as susceptible to attacks as a centralised system.

How are passports and borders relevant?

If you come to think of it, your passport is effectively a compilation of your personal data (your name, biometrics, stamps, etc), which can be easily uploaded to the blockchain.

With DLT, a traveler would no longer need to carry the mini-booklet, which many of us cannot help but occasionally scrutinise. Instead, s/he would need to download an app and transfer data (biometrics, type of visa, expiry date, etc) that will end up on the blockchain-powered database. The latter will be eventually made available to third parties, like border control authorities in both Country A (where you’re travelling from) and Country B (where you are travelling). At the airport, you will just have to scan the QR code embedded in the app, which contains all the relevant information, both at check-in and border control. Same in Country C, if the traveller has a layover.

As a result of these scans, an immutable and transparent data chain is being created, becoming available to all the participants of the system.

Such a design contains a handful of advantages. To begin with, it significantly speeds up the whole process of travelling. This means that border queues, a major problem at some airports and land borders, automatically shorten. Besides, it helps to put an end to businesses specialising in the production of fake visas and stamps. Since blockchain effectively substitutes a physical visa, the clientele of these artists if you will is bound to shrink. Besides, if you happen to lose your passport, especially abroad, it would be easy to restore it in a matter of seconds with your private key (essentially a password).

Finally, the blockchain-based system significantly reduces the risk of identity theft, which remains a huge problem. In spite of its magnitude, it is highly intricate to tackle it, not least due to the fact that every country uses its own system. For instance, the EU utilises the SIS Alert Database while the U.S. employs the Wanted and FBI databases.

How soon is now?

Soon enough as the system is already in the making. This year, the World Economic Forum together with the governments of Canada and the Netherlands commenced the test of a blockchain-based programme called Known Traveller Digital Identity (KTDI) at one of the largest airports in Canada, the Montréal-Pierre Elliott Trudeau International Airport. Schiphol Airport (Amsterdam, the Netherlands) alongside airline operators Air Canada and KLM joined the initiative.

The KTDI’s essence boils down to building a traveller’s online profile by uploading data to blockchain for subsequent verification by relevant institutions (for instance, a bank should it be a financial type of document). The more data uploaded and approved, the more so-called trust data points a person collects. Besides, once you begin travelling all transactions made on the blockchain, including data pertaining to entry/leave, countries of visit, duration of stay etc will form a chain.The latter is what constitutes your Known Digital Traveller Identity.

Ultimately, these points will serve as a way for other participants of the system, — airports, border guards, airline companies, — to assess the traveller’s reliability.

However, KTDI has more to it as it is also allowing the traveler to single-handedly manage who, when and for how long gets access to his/her private information, including biometrics, travel history, etc

This feature is paramount as data breaches have become a serious issue over the past few years. According to estimates, the data brokerage business is worth $200 billion. Therefore, this option is a crescendo to establishing one’s right to privacy.

So, what’s the catch?

While the general consensus is that blockchain is a highly secure system, regrettably it has not yet become impeccable. So yes, it is possible to hack it and have the history of transactions re-written, which means the subsequent information examination would require the traditional paper-based documents.

Then, there is the environmental issue. After all, blockchain does require a great deal of electricity to function seamlessly.

Besides, not everyone happens to own a smartphone. In the U.S, for example,19% of the population, circa 60+ million people, do not. The respective number for Ukraine stands at 55%.Hence many people might simply feel excluded from the blockchain’s foray into the travel sector, which is, undoubtedly, a big deal.

In addition, the KTDI initiative to a great extent envisions a world where each participant agrees to the usage of blockchain. This is a touchy issue, as organizations like banks, embassies, universities, governmental agencies might have concerns of their own.

Yet, these downsides seem not to put off multiple actors out there, including, China that is gearing up for the launch of the at least partially blockchain-based digital Yuan. With such big players entering the space, it is, arguably, only a matter of time before the technology becomes common. Including, in such a complex realm as border control, travelling and storage of private data.

What is encouraging is that both Ukraine and the EU are already taking great interest in blockchain. Back in 2018, Ukraine’s Central Electoral Commission’s Head of State Voters Register Service, Oleksandr Stelmakh, invited the community to partake in a test vote on the NEM blockchain.Likewise, the EU is actively exploring the blockchain’s potential through its initiatives like the EU Blockchain Observatory and Forum that gather a mix of blockchain evangelists ready to explore its use cases in healthcare, regulation, digital assets, digital identity, etc

While there are many potential blockchain uses cases that could help deal with omnipresent issues in Ukraine like rigging votes and thus making the country more transparent and in line with the EU standards, introducing it for border control purposes is a good way to start. More so, since the KTDI’s testing phase is about to conclude with the first paper-free set to take place at the beginning of 2020 (note: Canada, like Ukraine, also has visa-free travel with the EU).

In Ukraine, incremental implementation of blockchain technology on land borders with Poland, for instance, could help reduce queues.The checkpoints are simply unable to handle such a large amount of travellers, and this creates problems both for the Ukrainian and Polish border control. The Ukrainian authorities could also make use of the technology when issuing E-visas to 52 countries eligible for online applications.

Besides, since blockchain helps paint the whole picture when it comes to travelling (days of stay, personal data and its veracity) it could serve as one of the tools that can contribute to a more seamless running of the visa-free travel. The latter is not always such, more so since some EU countries have become more inclined to issue  unclear reasons for refusal of entry. This is music to Russian propaganda’s ears as it uses every opportunity to contribute to the suspension of the visa-free travel. Recently, for instance, it even gave more ‘insight’ into how ‘Ukrainian gangs operate’ in the EU, citing ‘sources from the European Commission’.

Neither the EU nor Ukraine benefits from this state of affairs and blockchain could help tackle some aspects of the issue, particularly, by making Ukraine more ‘EU-ised’ — and less corrupt in every sense of this word.

But what is, arguably, no less exciting is that we are about to witness how the technology is about to disrupt the life we are used to. Perhaps, for good.