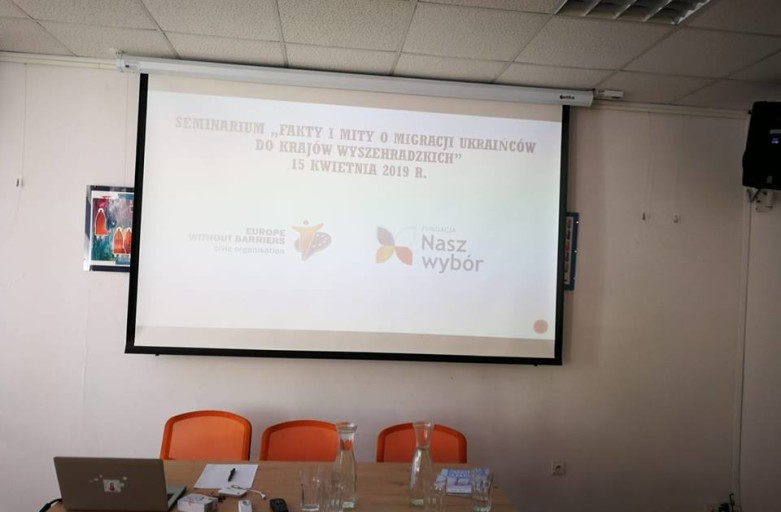 During the event a complex guide “Myths and stereotypes about labour migration from Ukraine to V4 countries” was presented.

Event host Myroslava Keryk delivered her presentation first. She described latest trends in Ukrainian labour migration to Poland and the most common myths and mistreatment in public discourse.

Later Pavlo Kravchuk from Europe without Barriers talked about Ukrainian situation regarding labour migration and its portrayal in media and also briefly described the situation in three more V4 countries.

15 journalists and migration experts attended the event, including representative of Ukrainian Embassy i Warsaw. 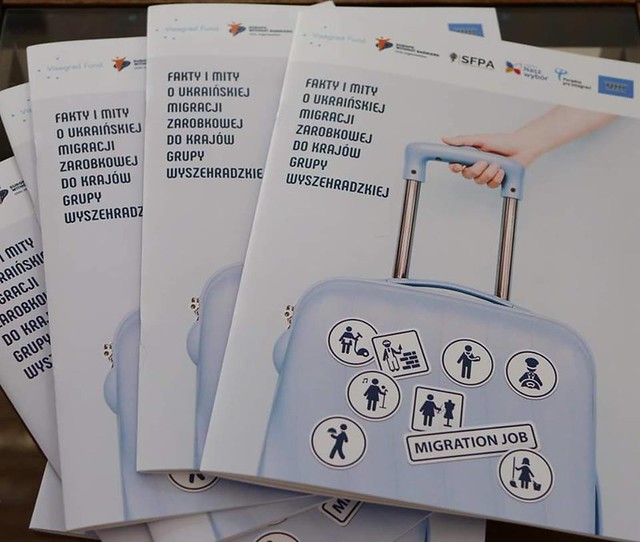 Event is held in the framework of the project “Promoting evidence-based media coverage of labour migration from Ukraine to V4 countries” that is funded by the International Visegrad Fund and implemented by Europe without Barriers (Ukraine) in the partnership with Nasz Wybor (Poland), Poradna pro Integraci (Czechia), Research Centre of the Slovak Foreign Policy Association (Slovakia) and Hungarian Europe Society (Hungary)

The guide is also available in the following languages:

This website has been created under the Ukrainian Think Tank Development Initiative implemented by the International Renaissance Foundation (IRF) in partnership with the Think Tank Fund (TTF), and funded by the Swedish Embassy (SIDA). The contents of this website are the sole responsibility of CO "Europe without barriers".