Last steps towards visa liberalisation: communication of reforms and consolidation of the EU’s support

The essence of the project is to advocate the introduction of a visa-free regime between Ukraine and the EU under the new security conditions in the region. The aim of the advocacy is to strengthen political support coming from the relevant EU institutions, which decide on introducing visa-free regime for Ukraine.

An advocacy visit of experts to Brussels was prepared and carried out by the team of Europe Without Barriers with support of Ukrainian Think Tanks Liaison Office in Brussels and Secretary of Eastern Partnership (Brussels) (from November 29th to December 4th). 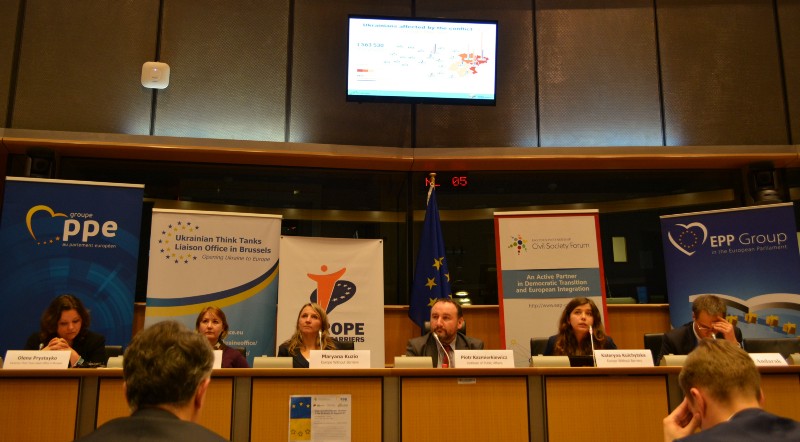 During the presentation in the European Parliament, entitled “Is EU ready to support visa liberalization for Ukraine” the following was discussed:

The event was attended by the experts of EWB, international experts on migration, European Parliament MP’s, representatives of Ukrainian Mission to the EU, as well as representatives of relevant departments of the Ministry of Foreign Affairs of Ukraine, who are responsible for coordinating the implementation of the Action Plan on visa liberalization. 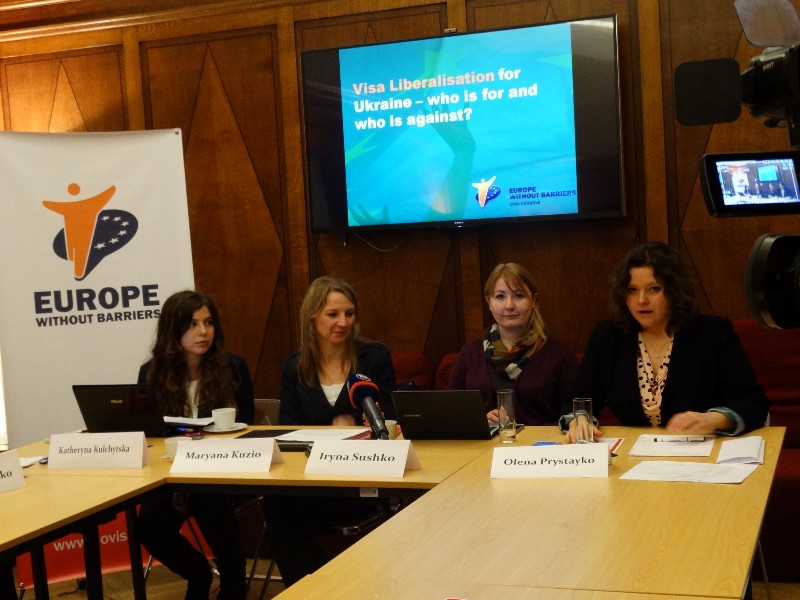 The key messages were presented to foreign journalists by the EWB experts at a “Visa liberalization for Ukraine – who is for and who is against?” press briefing on December 1st in Brussels:

In addition a series of closed consultations and meetings were held with representatives of the European Commission and the European Parliament.

With support of: IRF, European program